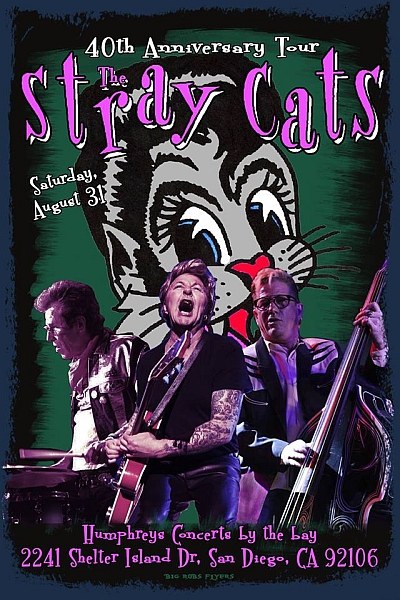 Whenever I say this phrase, “One of Ours”, the “Goodfellas” scene in which Jimmy “The Gent” Conway (Robert De Niro) tells Henry Hill (Ray Liotta) that Tommy Vito (Joe Pesci) has been accepted into the family comes to mind.

Then Jimmy leaves the diner to call Tommy and give him the great scoop. While Tommy arrives at the meeting point agreed with the family, Henry’s voice-over explains the meaning of belonging to the family and of which ONE OF OUR has flown so high …

“Jimmy cared that they made him a member of Tommy because it was as if they made us all. Now ONE OF OUR would be of the family ”

They are talkingabout the pride of the group, of rejoicing over the successes of someone who is part of your particular universe, of celebrating them as if they were yours because a part of you is also part of it …

In the musical aspect I have always felt something similar.

Rockabilly, although it is in good health today, has been a subgenre or a minor genre and when you defended your little universe against the mainstream (that is, culture versus hobby) it was frustrating that those who did not really appreciate “their” Music had it all; radio stations, television programs, publications … (with the other members of other youth subcultures the same thing did not happen, but quite the opposite, we shared that same feeling of marginality and considered our music, at least, a value). 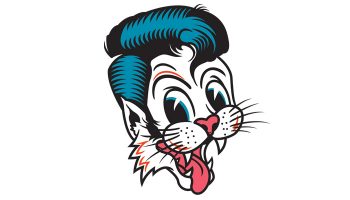 That is why your favorite band will reach the success charts of the major record markets and rub shoulders with Michael Jackson’s “Thiller”, that his videos were broadcast on MTV and with them our symbols; creepers, perfecto jacket, tattoos, double bass, Gretsch … it was something very important … “Now ONE OF OUR was of the family” that comes to be something like that rockabilly culture was recognized and that there was a part of the cake for us. 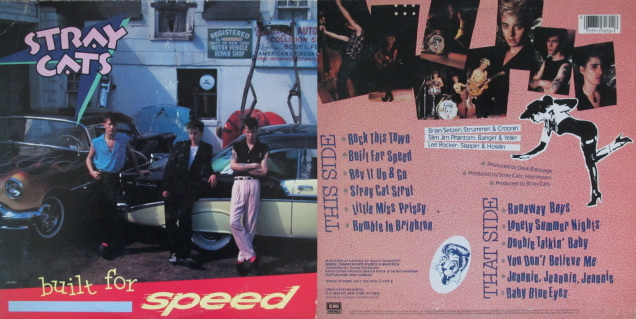 A feeling of similar exclusion has to do with the motivations that led a group of about 5,000 teddy boys to start a march on May 15, 1976 towards the headquarters of the BBC studios in London, with the purpose of protesting the lack of r & r spaces in radio programming.

The last STRAY CATS tour to celebrate its 40th anniversary that started on June 21 in Vitoria (Curiosly, Spain was the first country to enjoy the return, as happened with its only published biography of the band and and that is currently being translated into English), ended on September 1 in San Diego, California. They have offered thirty concerts in Europe and USA in just over 2 months hanging  SOLD OUT in most.

My personal impression (after seeing them in action in Vitoria and London, for two consecutive days) is that they are fit, that by now they know that they really are STRAY CATS and not the addition of many intermittent bands and a seasonal Big Band , that the “differences” between Brian and Lee seem to have reduced and, above all, that they are enjoying on stage and that their music still comes as a shot in the head. My hope and my bet are that, shortly, they will turn again … and with a new job.

In the musical aspect, his latest work “40” (already commented on this page) has been number 1 in the Rock Chart and his new songs have been perfectly integrated into the repertoire that the band has offered on this tour, demonstrating its full potential on the ground that The Cats move best.

I don’t know anyone who has been to some of their concerts that has not enjoyed the live shows of the trio, anyone.

The machinery of the promotion has been launched and STRAY CATS have appeared, as before, in publications of all kinds, television spaces … and their merchandising (I do not agree with the prices that have moved in Europe) has worked ( something they had always neglected even when they were at the top and in the golden age of promotions).

However, the conclusion I draw with the return of STRAY CATS is that there is a clear winner, which is none other than our music.

Now, ROCK & ROLL WINS (or so in this way think people who know a little about this and they rejoiced and celebrated the success of the Long Island trio, such as CARL PERKINS, SCOTTY MOORE, PAUL BURLISON or THE EVERLY BROTHERS)

Now, ONE OF OUR is again in the spotlight.

Now, The Cat has returned to the city.