The Tropicana Motel was located at 8585 Santa Monica Boulevard in Los Angeles, California. It was built in 1942. Sandy Koufax, pitcher of the baseball team, DODGERS, bought the establishment in 1962 and added its name to that of the hotel marquee with the intention of attracting customers with more purchasing power than usual – musicians and actors of series B movies and television series-, although it did not achieve its purpose. 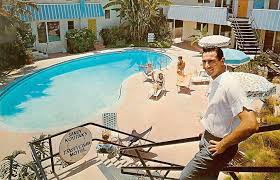 It consisted of 72 apartments that included kitchen and the rates were cheap since the idea was that it was an ideal destination for clients who could not afford the rent of a house. 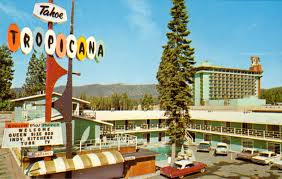 Later, with the explosion of rock on the west coast, would become a redoubt of rock stars or aspiring to be as it was close to the Troubadour and other r & r clubs in West Hollywood And not expensive. It was considered as the ideal place to make the first stop on the road to fame and, also, where to run a good party, when you had already achieved it.

Jim Morrison and the Doors turned the motel into his playground and that’s where Jim would write some of his hits and where he would stuff himself with alcohol and other drugs to end up fainting on the Californian asphalt. They would also record their last album of -L.A. Woman-in the studio they had on Santa Monica Boulevard, very close to the motel.

When Elektra Records built an avant-garde recording studio near the motel in 1967, its artists were housed in the Tropicana.

Janis Joplin, Bruce Springsteen, Frank Zappa, Alice Cooper, Led Zeppellin, the Mamas and the Popes, the Beach Boys, Jim McGuinn of the Byrds and Martha and the Vandellas visited the Tropicana. 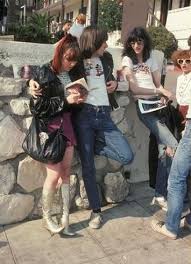 Later, the explosion of punk brought new tenants: The Dickies or The Dead Boys and The Ramones or Blondie stayed there when they were in town. Tom Petty’s Heartbreakers also stayed there. 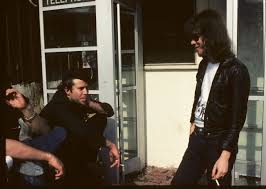 Tom Waits moved his piano to one of his bungalows and lived there for 9 years. He would write the letters of his Small Change record in his apartment. 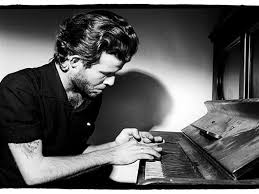 And what will the Tropicana have to do with STRAY CATS? Here goes what could change everything …

In 1980 Levi Dexter separates from Rockats. Leee Black Childers (former manager of New York Dolls and representative at the time of Rockats) was looking for new options for his pupil and is responsible for reserving rooms in the Tropicana.

The guests are none other than Brian and Gary Setzer, Danny B. Harvey and Levi Dexter.
The idea is to make some trials and form a new project. 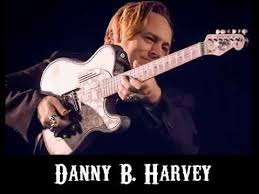 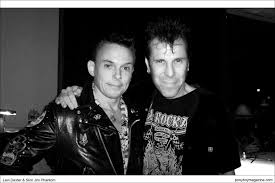 Levi already knew Brian from when he made some jam session with the Tom Cats in Massapequa and knows his talent with the guitar.

After four days, Levi is aware that Brian can not commit to traveling constantly.
On the way to the airport he says to Brian: “What you have to do is leave the east coast and go somewhere and then return become a hero.”
A few months after returning to Massapequa, the trio will pack their bags and fly to London … the rest is history …